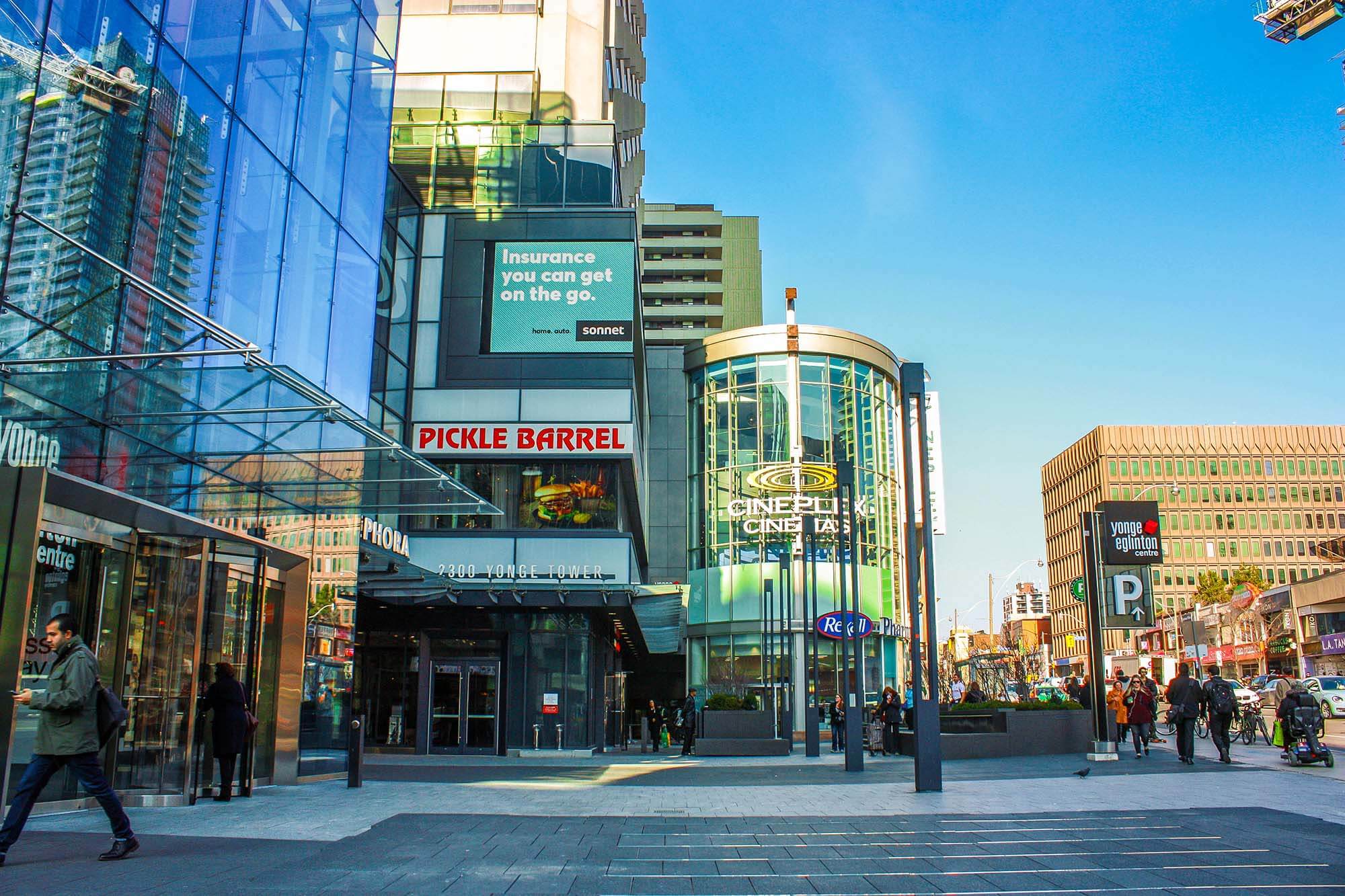 The Yonge & Eglinton neighbourhood is a spot in Toronto that is bursting with energy. A hotspot for dining, bars, shopping, and entertainment, the area is popular with people who seek the action.

Real estate in Yonge-Eglinton is sought after by young professionals. More than half of the residents live on their own, making condos a popular choice. Singles and young couples seek the amenities and location of the condo buildings at Yonge & Eglinton.

The entertainment scene. Other than the restaurants, there are clubs and theatres to check out. Absolute Comedy Club is on Yonge, and the Cineplex movie theatre offers a VIP experience for theatre-goers. You will never run out of places to go, whether you're seeing a movie, going out for dinner, or taking part in the nightlife.

The best of city living. Yonge Eglinton Centre has shopping, dining, and a Cineplex located all in one place. Then, there are countless shops and eateries all along Yonge Street and Eglinton Avenue. The area even has outdoor space with Eglinton Park. You can relax in the grass, play soccer, and wade in the pool. MY MISSION IS TO DELIVER THE GOLD STANDARD IN CANADIAN REAL ESTATE As a CENTURY 21® REALTOR®, I will provide you the highest quality service possible. My personal knowledge of the local real estate market is combined with the power of the CENTURY 21 brand – one of the world’s most recognized names in real estate. If you’re buying, I can enhance your search process by helping you uncover what you may not have considered, whether it is schools, lifestyle, or the investment value of the property. Using our property search tools, you’ll be able to find the home that best meets your needs. Finally, with my knowledge of the market, real estate expertise and negotiation skills, I’ll help you get the best possible deal and handle all of the critical details. If you’re selling, I will educate you on all market factors that may influence price, preparation and the promotion of your property so you can make an informed decision that best benefits your needs. I will then present you with a customized marketing plan using state-of-the-art technology tools to reach the broadest market, both locally and internationally, for your property so you can secure the best offer. With CENTURY 21 as one of the largest global real estate brands and our focus on the local market, I am confident that it will position you for success in your property sale. Contact me with any questions regarding the current real estate market or my services. I look forward to working with you!

Have a look at this property, I thought you may be interested: